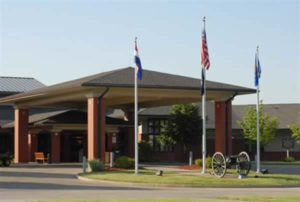 An investigation of the facility by the private-sector firm Harmony Healthcare International was launched by Republican Governor Eric Greitens’ office after four previous inspections found no inadequacies. The appraisal on behalf of the governor found problems, including malnutrition, bed sores, and medications not being given on time. Greitens also replaced all five of previous Democratic Governor Jay Nixon’s appointees to the Missouri Veterans Commission.

Interim Executive Director Link has also announced that nurse consultants from the commission are being redeployed to the St. Louis home to provide oversight and leadership. Link herself is an interim replacement for former Veterans Commission Executive Director Larry Kay, who resigned after Greitens called for his removal in early December.

Interim administrator Smith has 34 years experience in the nursing home and healthcare industry.