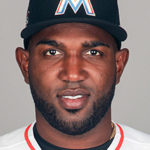 The St. Louis Cardinals will come away from the MLB Winter Meetings with their impact bat for the 2018 lineup and I don’t believe they are finished yet. After striking a deal with the Miami Marlins for outfielder Marcell Ozuna, Stephen Piscotty and/or Randall Grichuk could be next.  In return for Ozuna, St. Louis will send four prospects: pitchers Sandy Alcantara, Zac Gallen, and Daniel Castano, and outfielder Magneuris Sierra.

Castano was characterized as a pitcher who was thrown into the deal.  Alcantara, while he has a blazing fastball and a good changeup to go with it, lacks a third pitch and may be better suited longterm for the bullpen.  Gallen, was a third round pick with multiple evaluators favoring his ability to throw his three pitches for strikes. Sierra is a raw talent with speed and showed flashes of being a dynamic player, but at times looked over his head as he made the jump from A-ball to the majors.  At best, he may be a fourth outfielder.

Of the deals the Marlins made for Dee Gordon, Giancarlo Stanton and Ozuna, they’re probably getting the best return from St. Louis, but Ozuna is a great piece for the Cardinals lineup.

What the Cardinals get in return is a two-time All-Star, a Gold Glover and Silver Slugger award winner who projects to hit 24 homer and drive in 90 runs per year after his first five seasons in the majors.  2017 was a breakout season that saw him hit 37 homers and drive in 124.  He’ll most likely bat third or fourth and his numbers with runners on base and RISP are incredible.

At Busch Stadium in 19 plate appearances, Ozuna hit one homer and batted .368 while driving in eight runs.

The Cardinals will have him under their control for the next two seasons before he becomes a free agent. The Marlins get numbers in terms of players, the Cardinals get a player who can put up huge numbers.