You are here: Home / Crime / Courts / Missouri high court to determine if self defense improperly left out of murder case

The Missouri Supreme Court is considering whether a lower bench erred when it prevented a jury from considering self-defense in a murder conviction. 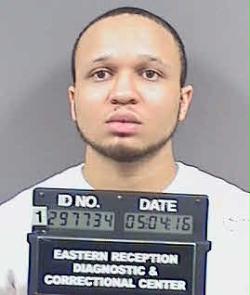 Thomas Oates was convicted of felony second degree murder after fatally shooting two people during a 2014 drug deal in St. Louis County.  The charges were widened to “felony” murder from murder under the assertion that the deaths were the result of Oates attempting to commit the felony of selling marijuana.

The court determined Oates couldn’t claim self-defense in a felony murder case because he didn’t kill in the defense of the underlying felony, in this case the act of attempting to sell marijuana.

Attorneys for Oates contend self-defense is appropriate because his underlying felony of distributing marijuana doesn’t constitute the use of force.   Oates himself claims he was acting in self-defense and had to shoot because the other party was reaching for a gun and would have killed him during the incident.

During his trial, Oates admitted he shot and killed Leon Davis and teenager Darrah Lane, both of the St. Louis area, in Florissant.

According to court documents, he had met them in a gas station parking lot and passed a bag of marijuana to them while they were inside a car.

While the parties haggled over the price and volume of pot to be sold, Oates reached into car to grab the bag.  At that moment, Darrah Lane, who was in the driver’s seat, hit the gas.

The car sped backward across the street with the legs of Oates dangling out of a window as he’s jumped inside the vehicle.  The car came to a rest in the parking lot of a Church’s Chicken.

In court documents prepared by his defense team from the Public Defender’s Office in Columbia, Oates said Leon Davis reached under his seat, and grabbed a pistol.  Davis then accidentally dropped the gun, but picked it up again, and pointed it towards Oates.

Oates said he thought Davis was going to kill him, so he took out his own gun and shot Davis before Davis could shoot him.  He said Darrah Lane then reached for Davis’ gun, so he shot her before she could grab it.

In the lower court, Oates testified that he shot her while defending himself, believing she was going to shoot and kill him.

Without the option of self-defense, the jury convicted Oates of two counts of felony second degree murder and two counts of armed criminal action.

He was sentenced to 15-years for killing Lane, 10 years in the death of Davis, and five-years each for the armed criminal action convictions. He was ordered to serve the sentences simultaneously.

Oates is serving his sentence at the Potosi Correctional Center in eastern Missouri’s Mineral Point.

A three-judge Missouri Court of Appeals panel unanimously determined earlier this year that Oates response in the incident was a reasonable use of deadly force, given the circumstances.  It ordered a new trial for Oates.

But after the State of Missouri filed a rehearing motion, the Appeals Court’s Chief Judge issued an order transferring the case to the Supreme Court.  The high bench heard arguments Wednesday and will hand down its decision at a later date.

The charge of felony second degree murder in Missouri isn’t without controversy.

The problem, according to Shepherd is that under a “felony murder” charge, a killing that might otherwise be classified as second-degree involuntary manslaughter could carry much more severe punishment than normal.

He gave an example of a sober man driving with 35 grams of marijuana, who hits a patch of ice, veers into the middle of the road, and fatally wounds another driver. Because he was in the act of committing a felony (transporting a large quantity of marijuana) and killed someone, he can now be charged with felony murder. It does not matter that the felony marijuana possession had nothing to do with the accident.