You are here: Home / Education / Judge blocks ousted Missouri School member from keeping his seat ahead of Friday meeting 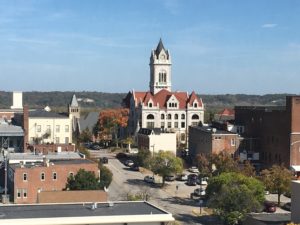 The court motions were filed after Governor Eric Greitens withdrew and replaced some of his appointees to the state School Board who voiced support for Education Commissioner Margie Vandeven.

The judge’s decision prevents appointee John Sumners of Joplin from retaining his position on the board.

The judge said Sumners’ request to bar his replacement from serving on the Board would have to be submitted by the Attorney General or an elected county official.

Greitens is expected to name a replacement to another School Board member, Claudia Onate Greim of Kansas City, who resigned late yesterday.

The board is meeting this morning when it could vote to fire Commissioner Vandeven, a move favored by Greitens.

There could also be enough votes, with Greitens’ Friday morning appointee, to remove School Board President Charlie Shields.