You are here: Home / Crime / Courts / Hailey’s Law among the bills to be pre-filed Friday for the upcoming Missouri legislature 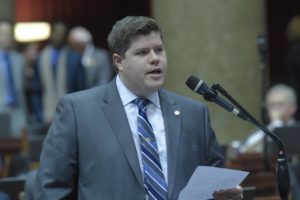 Doing so doesn’t guarantee front of the line treatment in the House or Senate, but it does increase the likelihood that the legislation will be viewed in the early going by decision makers in each chamber.

House Republican Curtis Trent of Springfield told Missourinet he intends file a bill Friday to make sure it has plenty time to become law.

It’s the measure he introduced in the last session known as Hailey’s Law, which drew strong bipartisan support, but failed to clear the legislature.

The bill passed by an overwhelming 144-1 margin in the House and moved through a Senate committee before hitting a backlog on the chamber floor.

It’s named after 10-year-old Hailey Owens, who was kidnapped, raped and murdered in Springfield in 2014.  After local police responded to a child abduction call, there was a two-hour delay before an Amber Alert was issued statewide.

The bill calls for Amber Alerts to be integrated with the state Highway Patrol communications service (MULES), which interacts with all law enforcement agencies, and the region’s criminal justice database (REJIS).

Representative Trent notes all the departments responsible for activating the system have made adjustments and vastly improved delivery of Amber Alerts.  He says his legislation is meant to embed the procedure into law.

“(It’s) to make sure that going forward, all the progress that we have achieved is not lost,” said Trent.  “That as software platforms change, as protocols change, that the interconnectivity between the police departments and the Amber Alert system is maintained.”

In addition, the bill would require Missouri’s Amber Alert Oversight Committee to meet on a regular basis.  The current state law has no frequency requirements.

Trent says the regular meetings would provide a means for the committee to evaluate the system on a recurring basis and identify changes needed to make improvements.  “I just think it’s just important to always be evaluating this system, and make sure it’s doing everything it absolutely can do.”

After the bill moved through the House in a timely manner earlier this year, it stalled in the Senate when wrangling among various lawmakers ground the chamber’s activity to a halt. 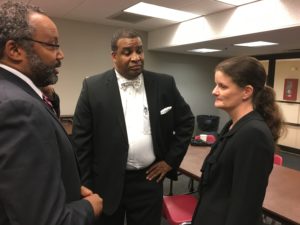 In early May, as the legislative session was winding down, a breakfast rally and press conference was held at the state capitol in an unsuccessful effort to propel Hailey’s Law to the finish line.  It featured the parents of Hailey’s convicted killer, Craig Wood, and Amber’s mother.  The two sides had joined forces to rally behind the legislation.

Representative Trent hopes filing the bill at the earliest possible time will ensure it gets final approval in the upcoming session.  He says it’s important for the Amber Alert system to be operating at a high level over the long term.

Craig Wood was convicted of first degree murder in Hailey’s death during a high-profile trial in Springfield in late October.  He’ll be sentenced this month, and faces either the death penalty or life in prison without the possibility of parole.