Missouri’s Farm Bureau president says his concerns about the renegotiation of the NAFTA trade agreement with Canada and Mexico have been heightened. Blake Hurst says if U.S. Agriculture Secretary Sonny Perdue is concerned, then he’s really concerned. 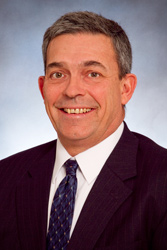 “That’s something that will keep you up at night. And, I know Secretary Perdue is a very smart and very capable leader of agriculture and we’re very happy to have him where he is.”

After five rounds of discussions, agriculture officials cite little progress by Canada and Mexico to renegotiate.

“About 70% of Missouri farmers’ exports go to either Canada or Mexico,” says Hurst. “We depend on this trade agreement.”

He says withdrawal or failure to reach agreement on NAFTA would be an economic disaster for U.S. agriculture.

“Tariffs on our exports to Mexico, for example, are ZERO. They would go up to an average of 15%,” says Hurst. “So, you see a 15% price increase and you’re going to see a probably less than 15% drop in demand but maybe not. Maybe it’s greater than that. When you start talking about a 10 or 15% decline in already unprofitable prices, then you’re talking about an economic emergency for agriculture.”

The U.S. Chamber says Missouri is among the top five states that would be most hurt by withdrawing from NAFTA. It says 250,000 jobs that depend on trade with Canada and Mexico are at risk.

Missouri’s exports to both countries generate $7.8 billion in annual revenue. More than half of the state’s soybeans are exported, with Mexico the second largest market after China.