St. Louis based Monsanto and numerous groups, including two from Missouri, have filed a lawsuit against the state of California. 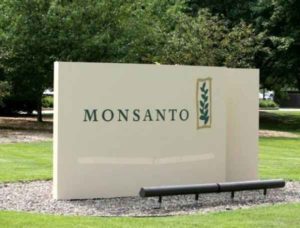 The litigation is aimed at stopping California from requiring cancer warnings on products containing the weed killer glyphosate.

The state added the main ingredient in Monsanto’s Roundup herbicide, to its list of cancer-causing chemicals in July and will require that products containing glyphosate carry warnings by July of 2018.

Monsanto and groups representing corn, soy and wheat farmers reject the claim that glyphosate causes cancer.  They say California’s action was based on “a highly-controversial and deeply flawed finding” by the World Health Organization’s International Agency for Research on Cancer, which concluded in 2015 that glyphosate was “probably carcinogenic”.

One of the plaintiffs in the lawsuit, the National Association of Wheat Growers, says California’s “erroneous warning” about glyphosate is unconstitutional and would result in “higher food costs, crushing blows to state and agricultural economies and lost revenue up and down the entire supply chain.

The Missouri Farm Bureau and the state Chamber of Commerce have joined the lawsuit.