You are here: Home / Crime / Courts / Prosecutor: Missouri man “showed no remorse in raping and molesting a little girl”

A northeast Missouri man has been sentenced to 45 years in prison, after being convicted of raping a child for several years. 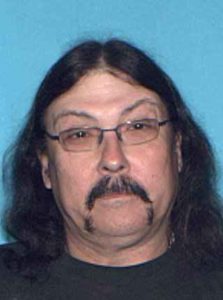 A jury deliberated about 25 minutes in August, before convicting Harbit of first degree statutory rape and child molestation.

Shellabarger says Harbit raped the girl between 2007 and 2009, adding that the victim was eight to ten years old at the time.

Prosecutor Shellabarger says Harbit “took absolutely no responsibility and showed no remorse in raping and molesting a little girl, and used his position to abuse and harm her family to keep this girl silent.”

Shellabarger has issued a statement, which notes Judge Dalton’s sentence is the maximum allowed under state law.

The statement also reads, in part: “It’s (the sentence) appropriate and warranted for a man who had zero remorse and no insight into how his actions affected this family.”

Under Missouri law, Harbit will also be required to register as a sex offender for the rest of his life.

Prosecutor Shellabarger also thanks the Mid-Missouri Chapter of Bikers Against Child Abuse (BACA), praising what he calls BACA’s “steady and long-lasting support for the family involved in this case.”