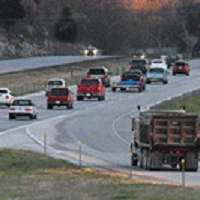 The lawsuit from 49 states and the District of Columbia allegef GM knew as early as 2004 that faulty ignition switches posed a safety defect.  In 2014, the company issued seven recalls which affected 9 million vehicles.

Under certain conditions, the switches could move out of the “Run” position to the “Accessory” or “Off” position.  When that happened, drivers experienced a loss of electrical systems, including power steering and power brakes.

If a collision occurred while the ignition switch was in the “Accessory” or “Off” position, the vehicle’s airbags may also have not deployed, increasing the risk of serious injury or death in certain types of crashes.

The states alleged that GM’s continued use of the faulty switches well after it had knowledge the defect violated state consumer protection laws, including Missouri’s Merchandising Practices Act.

In its settlement, GM agreed to make numerous procedural changes and agreed to pay the attorneys general a total of $120 Million, of which Missouri’s share is approximately $2 million.

Other provisions of the settlement require GM to:

​Not represent that a motor vehicle is “safe” unless they have complied with the Federal Motor Vehicle Safety standards applicable to the motor vehicle at issue.