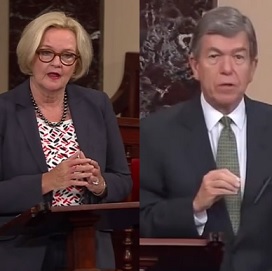 Missouri U.S. Senators Claire McCaskill, a Democrat and Roy Blunt, a Republican join together in support of the applications by the St. Louis and Kansas City regions for Amazon’s future corporate headquarters.

“Missouri has a rich history of fostering technology companies, from telecommunications providers to health technology solutions firms, data networking companies to high-tech supply chain management services, and a plethora of start-ups supported by the Missouri Technology Corporation, a public-private partnership created to foster the growth of new and emerging high-tech companies.”

Their letter touts Missouri as having four of the top twelve metro areas with the fastest growing rate of new startups in 2014, including three of the top five. They also plug Missouri’s educational institutions by saying the schools would provide Amazon not only with potential employees and talent, but potential partnerships that can enhance learning and innovation. Blunt and McCaskill say Missouri’s institutions of higher education are perfect partners for internship programs, career training, and joint research ventures.

A video released last week of Republican Governor Eric Greitens also pitches Missouri as the place where Amazon should build its head office.

Amazon is accepting bids through October 19 for its expansion that is expected to bring about 50,000 company jobs and include a $5 billion investment.