Four pedestrians have been struck and killed this year in Springfield. 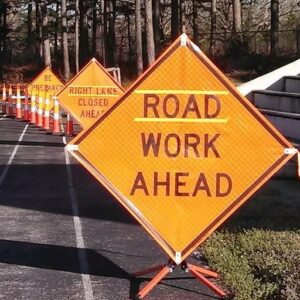 Southwest Missouri’s largest city has a pedestrian fatality rate that is higher than the national average.

Springfield officials have kicked off a campaign to raise awareness about pedestrian safety.

“If somebody does use it, it’s because they just happen to be crossing right here,” Walden says. “But most people are coming from this hotel and that other hotel. So, they will just cross as soon as they can get the spot, you know.”

In Springfield, one in four fatal incidents involves a pedestrian. Nationwide, that figure is one is seven.

Springfield Public Works spokeswoman Mandy Buettgen-Quinn is urging drivers and pedestrians to watch out for one another.

“What it really says is that pedestrians need to do a better job to cross safely. For drivers, it means to start looking for pedestrians,” Buettgen-Quinn says.

The Missouri Department of Transportation (MoDOT) says 347 pedestrians were killed in accidents statewide between 2013 and 2016.

Pedestrian safety statewide was a key issue at the 2017 Missouri highway safety and traffic blueprint conference, which wrapped up Friday in Columbia.

MoDOT Highway Safety Director Bill Whitfield urges drivers to buckle up, slow down and to put your phone down.