Missouri politicians have made statements after the mass shooting late Sunday night in Las Vegas.

In a tweet, Republican Senator Roy Blunt said he was saddened by the tragic loss of life and that his thoughts were with the families affected by” this horrific attack”.

“Firing upon a crowd of innocent concert goers is an act of unimaginable evil and my deepest condolences go out to all those affected by this tragic event,” said McCaskill.  “I will continue to closely monitor the situation and pledge my support to all local, state, and federal law enforcement officials involved in this investigation.”

Republican Lieutenant Governor Mike Parson, a former Sheriff, praised the response of law enforcement to the shooting spree and expressed regret over the occurrence.

“While my words can be of little comfort to the victims of this senseless act of violence, it should bring comfort to all Americans to see the quick response of local law enforcement and first responders to stop the gunman and help victims, and fellow Americans helping to get others to safety,” Parson said.  “My deepest sympathies go out to everyone affected.”

Republican Governor Eric Greitens posted a short message on Facebook, saying “Our prayers are with the people affected by last night’s tragic and evil violence in Las Vegas.” 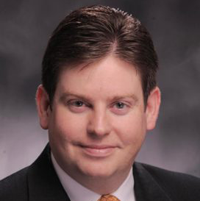 Republican State Representative Nick Marshall of Parkville is a National Rifle Association member and an outspoken supporter of gun rights.  Marshall hasn’t released a formal statement, but when reached for comment by Missourinet, was critical of the inquiry and said the Las Vegas shooter’s use of automatic weapons was not a state issue.

“I can’t believe that we would, within hours of a mass shooting, be talking politics on this.  That’s the disturbing thing to me right now to hear about.  I get a call (from someone) who wants to talk about politics in a mass shooting,” said Marshall.  “When it comes to automatic weapons, that’s a federal issue as you know.”

Marshall went on to stress the involvement of human shortcomings in the incident.  “It’s nothing other than a human tragedy for our country.  I think what it shows, it shows we’ve got some serious cultural issues, some serious heart issues in the nation.”

After Governor Greitens had metal detectors installed in the state capitol this year and restricted people from entering with guns, Marshall offered his own an alternative.

On his Facebook page and his office door, Marshall posted the message “effective immediately, any constituent of mine with a CCW that was not allowed to bring his firearm into the Capitol may stop by my office and borrow one for the duration of the visit.” 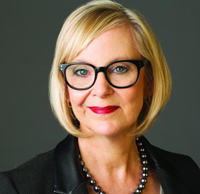 One of the Missouri legislature’s most fierce proponents of gun restrictions is Democratic Representative Stacy Newman of Richmond Heights.  She told Missourinet that Marshall wasn’t exactly correct about federal oversight of automatic weapons, citing 2011 legislation passed by state lawmakers known as House Bill 294.

“Part of this omnibus gun bill that year legalizing machine guns in the state of Missouri.  We legalized them here.  And ever since then, continually my whole time in the legislature, we have loosened restriction.”

Newman also said voters have failed to hold lawmakers responsible for current laws which allow access to rapid fire weapons.  “We elect people and then expect them to change their spots when they are in office.  They’re not going to do it because they’re answering to the gun lobby.  (The) gun lobby only cares about more sales.  That’s it”.

Austin Petersen, a Republican candidate for the U.S. Senate seat held by McCaskill, expressed sadness over the shooting and asked for unity in overcoming it.

“I’m heartbroken over the tragic event in Las Vegas yesterday,” Petersen said. “This horrendous act of violence touches and hurts us all as a nation and we must come together to heal and find answers. I send my most sincere condolences to all of the victims and their families. Please help and love one another.”

Petersen has criticized Facebook for banning him from the site for 30 days after he posted a live stream video of himself talking about an AR-15 rifle he’s giving away.  An AR-15 is a semi-automatic weapon.

At least 58 people have died from Sunday night’s mass shooting in Las Vegas, which also injured more than 500 people