A Missouri House committee will hold a hearing Wednesday morning in Clayton on numerous topics, including the issue of Lambert Airport privatization. 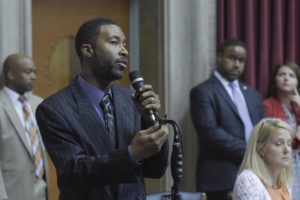 Representative Curtis tells Missourinet the airport “has destroyed Kinloch” by buying out homes. Kinloch is a small municipality located in Curtis’ district.

Curtis wants to know about the likelihood of Airport privatization and has several other questions. St. Louis Lambert International Airport officials and representatives of the St. Louis Airport Commission have been invited.

Congress established the FAA’s Airport Privatization Pilot Program to explore privatization as a way of generating access to private capital for airport improvement and development.

The House committee is also scheduled to discuss issues involving student safety and the campus climate at the University of Missouri-Columbia and the UM System.