You are here: Home / Crime / Courts / Missouri state trooper sentenced for 2014 Ellingson case at Lake of the Ozarks (AUDIO)

A Missouri state trooper convicted of a misdemeanor involving the 2014 death of Brandon Ellingson at the Lake of the Ozarks has been sentenced to ten days of jail time. 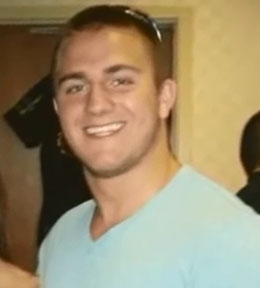 Columbia television station KMIZ reports 46-year-old Anthony Piercy has also been sentenced to two years probation, and could receive 180 days in jail if he violates probation.

Piercy pleaded guilty in Morgan County Circuit Court in Versailles to a misdemeanor count of negligent operation of a vessel, and was sentenced Tuesday afternoon by Circuit Judge Roger Prokes. Prokes, who’s from northwest Missouri’s Nodaway County, was brought in to handle the case.

The maximum sentence for Piercy would have been six months in the county jail.

Trooper Piercy took the 20-year-old Ellingson into custody in May 2014, on suspicion of boating while intoxicated. Ellingson, who was from Iowa, was handcuffed and fell out of the boat on the way back to shore and drowned.

KMIZ reports Piercy admits putting Ellingson in the wrong life vest, after taking him into custody. KMIZ notes Piercy is currently on unpaid leave from the Patrol.

Piercy still has his peace officer license, but the Ellingson family wants to see the Missouri Department of Public Safety (DPS) revoke it.

ABC 17 KMIZ court reporter Lucas Geisler has covered the Ellingson case since 2014 and was in the courtroom for the emotional sentencing hearing. Click here to listen to the full interview between Missourinet news director Brian Hauswirth and Mr. Geisler, which was recorded on September 19, 2017: