Traction on the state level to make a run at trying to bring Amazon to Missouri appears to be building.

After the internet giant announced it was looking to establish a second headquarters last Thursday, elected leaders in Kansas City and St. Louis quickly promised to make strong bids.

Then Governor Greitens announced Friday that Missouri intends to compete for the expansion.

“I don’t have any set plan yet,” said Wasson.  “I think it’s a little premature.  But if there is something that we need to do to spur this, something that we can do to help with it, I think we would jump on it.”

The company says it will employ as many as 50,000 people at its new base, with average employee pay of more than $100,000, and with a capital outlay of more than $5 billion to fully establish the new headquarters.

In its Request for Proposal (RFP), Amazon calls for a “summary of total incentives offered for the Project by the state/province and local community”.

Wasson says the state has a program to waive the employer portion of worker income taxes as long as new jobs are being created, which would be the case with Amazon.

“You’re still getting half of the income tax.  It’s a 50% deal.  Yes. You’re giving up 50% of that tax, but you’re also gaining 50% of that income tax that you were never getting before.” 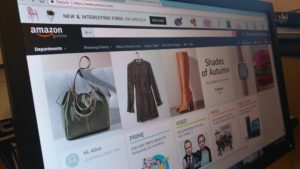 Amazon’s RFP specifies that it’s interested in metropolitan areas with more than one million people.  In Missouri, that means only St. Louis and Kansas City will even qualify.

Wasson says it’s too early to speculate how the state could offer incentives jointly with the cities.  “I think we’re a long way from narrowing that down.  I think both cities are interested, obviously.  It’s an exciting thing to look for.  Certainly we want Missouri and our two cities to be in play here.  We want them to have an opportunity.”

Amazon has been criticized for blatantly stating its call for favorable treatment.  Its RFP states “Incentives offered by the state/province and local communities to offset initial capital outlay and ongoing operational costs will be significant factors in the decision-making process”.

Senator Wasson says, given what the company is offering in return, the state could afford to be somewhat generous with concessions.

“It has to be reasonable,” Wasson said.  “We can’t give away the farm because you’re not gaining anything from it.  But at the same time, when you’re getting 50,000 jobs that average $100,000 a year, and a $5 billion investment, I think you can go quite a ways and it would still be reasonable.”

The company’s RFP states the job growth would take place over a ten to fifteen year period.

Numerous publications have speculated which cities would be the right fit for Amazon, based on the preferences and decision drivers listed in its RFP.

The New York Times took 50 cities, including St. Louis and Kansas City, and whittled down the contenders over five steps before settling on Denver.  The technology news website Recode offered a group of 25 cities that have the best chance of becoming Amazon’s second headquarters.  Its list included both Kansas City and St. Louis.

Cities have until Oct. 19 to apply.   Amazon says a final site selection and announcement will be made next year.

In July, Amazon announced it was opening its first Missouri distribution center in the Kansas City area.