About 1,000 people are expected to attend the Missouri Governor’s ham breakfast Thursday morning in Sedalia. 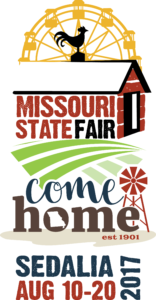 The 65th Governor’s ham breakfast begins at 8 a.m. at the Director’s tent at the State Fairgrounds in Sedalia. Thursday is also Legislators and Judges Day.

The breakfast is a tradition and features lawmakers and politicians from both parties, as well as commodity group leaders and Missouri State Fair supporters.

There will also be an auction on Thursday. The Missouri State Fair Foundation uses auction proceeds to pay premiums to winning exhibitors and to provide scholarships for youth in agriculture.

We’ll also learn details Thursday morning about efforts to increase the availability of broadband in Missouri.

Senator McCaskill is also weighing in on the broadband issue. She notes that currently, more than 60 percent of Missourians in rural areas do not have broadband access.

About 350,000 people are expected to attend the 2017 Missouri State Fair, which opened on August 10. The fair ends on Sunday.

Missourinet will be covering the Governor’s ham breakfast and the McCaskill and Missouri Farm Bureau events on Thursday.