Two men have pleaded not guilty for their suspected roles in the killing of a western Missouri police officer. Ian McCarthy, 39, has been charged with first-degree murder in the shooting death of Clinton police officer Gary Michael. William Grant Noble of Clinton, 35, has been charged with felony tampering with evidence. He is accused of throwing the rifle used in the murder into a body of water north of Clinton. It’s unknown what connection McCarthy has to Noble. 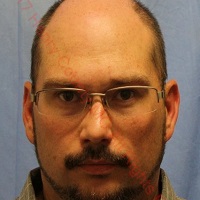 Henry County Prosecutor Richard Shields says charges against other individuals could be announced as an investigation continues.

Michael, 37, was gunned down during a traffic stop on Sunday. During an exchange of gunfire, both Michael and McCarthy were shot. The bullets that hit Michael ultimately killed him. It’s unknown which part of McCarthy’s body was struck by a bullet or bullets.

McCarthy crashed his car about two blocks away from the scene of the shooting. Police are investigating how McCarthy traveled 13 miles after being shot by Michael. He was found near a resort on Truman Lake two days after the shooting occurred. About 100 law enforcement officers helped with an intense two day search for the suspect.

Michael’s funeral will be held Saturday at 11 a.m. in Clinton. The service will be broadcast on Missourinet Clinton affiliate KDKD and live-streamed at westcentralmoinfo.com.

Governor Eric Greitens’ spokesman tells Missourinet the governor will be attending the funeral.  Greitens has also ordered U.S. and Missouri flags at state buildings in all 114 counties and the City of St. Louis to be flown at half-staff on Saturday in honor of Officer Michael.

A police academy scholarship fund has been set up in Michael’s name.