The Missouri House Children and Families Committee Chair describes the abortion bill approved by the state Senate this month as a “good framework”, but says it didn’t meet Governor Eric Greitens’ (R) call. 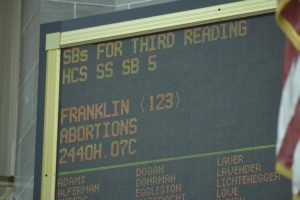 “I think that especially important that I’ve worked on have been the fetal tissue portion of that, the tracking of that, so we have the assurance that it is indeed going where it should be going,” Franklin says.

Franklin is praising Tuesday’s 110-38 vote to approve her bill, saying it’s important for the health and safety of women.

“Now, thinking about the actual clinics, knowing that the counseling, the introduction of the complications, that that interaction is taking place between a physician and the patient is very important to us,” says Franklin.

The measure now heads back to the Missouri Senate, which passed a different version earlier this month. 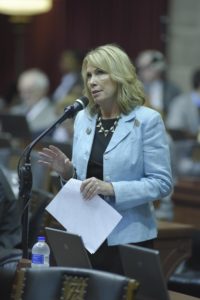 Governor Greitens is urging lawmakers to pass legislation to protect pregnancy resource centers and to implement health and safety standards in abortion clinics.