The ACLU says allegations against embattled Mississippi County Sheriff Cory Hutcheson show a pattern of cruelty. Missouri Attorney General Josh Hawley (R) is investigating a 28-year-old male prisoner who died about ten days ago after he was tased and an elderly female inmate’s claim that Hutcheson used enough force to give her a heart attack. The woman was discharged from the hospital after receiving treatment for three days. Hutchinson is alleged to have handcuffed the woman because of a civil dispute with one of Hutchinson’s family members. 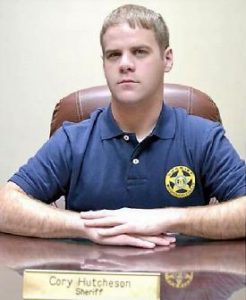 “Jail does not have to be a visit to summer camp or the country club,” says Rothert. “But when you’re in jail, especially since most people there are still presumed innocent, you do have a right to have your basic needs met and to be treated like a human being.”

Rothert says more allegations of mistreatment of inmates could surface.

“It seems there’s more and more evidence that in the Mississippi County Jail there is a practice of engaging in punitive treatment of inmates,” says Rothert.

In 2015, a 21-year-old Somer Nunnally, who was arrested for drunk driving, also died in the jail.

The ACLU filed a 2016 lawsuit on behalf of Tara Rhodes, who was 19 weeks pregnant when she was jailed in Mississippi County. The suit claims that jail workers ignored Rhodes’ pleas for help while she was in labor. When she arrived at the hospital five days later, she learned that her baby could not be saved.

Rothert is pleased that Hawley’s office is investigating allegations against jail workers and Hutcheson.

“It’s certainly unusual for the attorney general to come in, file criminal charges against a sitting sheriff and to petition a court to have him removed from office,” says Rothert.

Hawley’s office filed 18 felony counts earlier this year against Hutcheson. They include forgery, tampering with computer data, assault and robbery. A complaint alleges that Hutchinson used his position as a sheriff’s deputy to illegally “ping” the cell phones of several members of the Missouri State Highway Patrol, the former Mississippi county sheriff, and Circuit Judge David Dolan.

Hutcheson is no longer on the job and has had his license suspended.