Ten members of the Republican super-majority joined all nine Democrats in the Missouri Senate to fully fund education for the first time a number of years Tuesday. 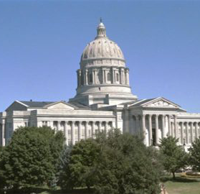 Romine was heavily criticized by some fellow Republicans, notably Jeannie Riddle, for offering the amendment on the floor instead in the committee he heads.

The funding increase of roughly $48 million, if finalized by the legislature, will replenish a $45 million cut proposed by Republican Governor Eric Greitens.  The governor had fully funded classroom spending, but called for slicing school transportation.

“Even though the current formula falls short of the previous standard, there was still a very real threat that it would go underfunded again this year” said Walsh. Fortunately, a bipartisan coalition of Senators came together to put aside partisan politics and put the people of Missouri first. This is a very good day for Missouri children and their families.”

A cap on education spending was re-imposed last year by lawmakers.  It was part of the original foundation formula which was crafted in 2005, but was eliminated by lawmakers in 2009.