You are here: Home / Business / Missouri State Senator says robocalls have ceased in her district

Democratic State Senator Jill Schupp of Creve Coeur says constituents are no longer contacting her office inquiring about robocalls linking her to the energy grid. 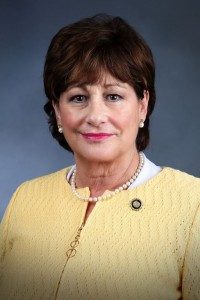 Her office received numerous phone calls late last week from confused constituents, with several of them saying the pre-recorded messages connected her with the grid.

She suspects lobbyists for the utility industry may have been behind the robocalls, and calls the effort dishonorable.

“For somebody to use that tactic to try to mislead my constituents about who’s calling, or sway them to take a particular position based on what somebody is utilizing as information purportedly coming from my office, I don’t know if it’s criminal, but it’s certainly unethical” said Schupp.

She strongly opposes a measure in the senate that utilities are backing.  Her office notified state Attorney General Josh Hawley when inquiries about the robocalls started coming in late last week.

Schupp said the vast number of utility lobbyists led her to suspect one of them may have set up the effort.

“I would suggest (there are) dozens of lobbyists around utility issues in Jefferson City.  I don’t know if that is where this is coming from.  I really don’t know.  I only know it had to do with the energy grid, so I have to make the assumption that it’s tied to that issue in some way.”

Schupp said at least one other Senator, a Republican, had received similar constituent inquiries about robocalls, but declined to identify the lawmaker by name.  Both GOP Senator Doug Libla of Poplar Bluff and Senator Gary Romine of Farmington have been vocal in their opposition to the utility legislation.

Schupp thinks, based on one return call her staff made, whoever is behind the robocalls was using technology that disguises the number from where a phone call is being placed.

The legislation in question is the Economic Development and Infrastructure Act, which proponents say would allow utilities to invest $1 billion to upgrade the aging power grid.  They claim the improvements would provide a 2-to-1 benefit-cost ratio for customers.

Opponents, including the Consumer Council of Missouri, say the measure would needlessly cause utility bills to spike.

Republican Senator Rob Schaaf of St. Joseph says he’s going to join Schupp, Libla and Romine in opposing the legislation.  Schaaf said the bill would gut the power of the Public Service Commission to regulate utilities while it would increase the power of utilities to operate as monopolies.  He calls it “clearly a power grab”.