You are here: Home / Crime / Courts / State Rep. Bruce Franks: “We need to get the root cause in here, which is the warden” 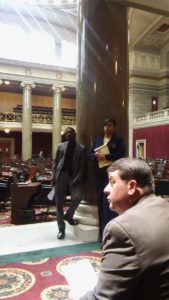 State Rep. Bruce Franks Jr. (D-St. Louis) is the ranking Democrat on the House Subcommittee on Corrections Workforce Environment and Conduct, which is investigating allegations of harassment of prison employees.

“As we’ve seen in the duration of every single interview that we’ve done, with no matter who it was, it always tracks back to the warden,” says Franks. “The warden starts, the warden finishes.”

Franks tells Missourinet this is about transparency and accountability.

“We need to get the root cause in here (the Missouri Capitol in Jefferson City), which is the warden,” Franks says. “We need to get the person who is the checks and balances basically for the entire institution in here and say hey what’s going on and why hasn’t it changed.”

The “Pitch” investigation into the Missouri Department of Corrections (DOC) painted a picture of repeated sexual comments and pressure from supervisors and co-workers to have sex.

The newspaper also reported in November that the state paid more than $7 million during the past four years, to settle lawsuits brought by Corrections employees who claim they were victims of harassment and retaliation. 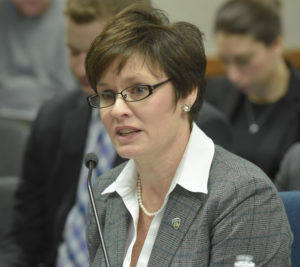 Franks and Fitzwater agree that the House DOC investigation has been bipartisan. They also agree on two other key issues: they praise new DOC Director Anne Precythe’s open-door policy, and they say they’ve seen some positive changes at Corrections since she began.