A federal judge followed through on a promise yesterday by issuing an injunction blocking requirements imposed by lawmakers for Missouri abortion clinics to meet standards for surgical centers and for their doctors to have hospital  admitting privileges. 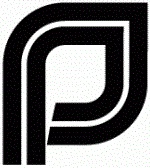 Planned Parenthood says the move will allow it restore abortion services in Columbia and Kansas City and begin performing them in Joplin and Springfield.