A Missouri Senate committee will consider today legislation that would regulate powdered alcohol the same as beer and wine. The measure, sponsored by state Rep. Patricia Pike (R-Adrian) has passed in the Missouri House. 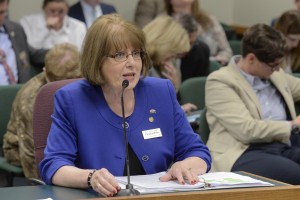 The product includes powder versions of vodka, rum and cocktails that can be mixed with water or other liquid. It can also come in flavors including Cosmopolitan and Powderita.

Supporters of the bill say the substance can impact underage drinking and can easily be concealed by minors. Rep. Rick Brattin (R-Harrisonville) supports the measure.

Last year, the Missouri Legislature tried and failed to pass a total ban of powdered alcohol. More than 30 states have reportedly banned the sale of the product.