Missouri’s office of Attorney General has recused itself from a major case before the U.S. Supreme Court. 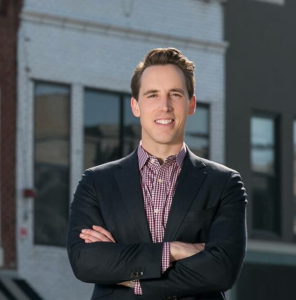 The office announced its exit from the Trinity Lutheran case involving a Columbia church, dramatically if not unexpectedly, a day before it’s scheduled to go before the high court.

The Missouri Department of Natural Resources denied the application, citing a provision in the state constitution which bars the state from providing funds to religious entities.

Trinity Lutheran sued, noting its grant request was for a non-religious purpose.  A federal circuit court ruled against the church, while a divided appeals court failed to overturn the lower bench.

The Attorney General’s office has, at this point, recused itself because Governor Greitens issued a directive last Thursday prohibiting state agencies from denying public grants to religious groups based on faith.

In a statement, the office said recusal is now important to preserve the Attorney General’s ability to vigorously defend the Governor’s policy.

Attorney General Josh Hawley personally recused himself from the case after assuming office in January, having previously performed work supporting the church as a private attorney.

The case has been long anticipated as a showdown before the Supreme Court over the issue of religious freedom.

It was also set to be an early blockbuster case for newly appointed Justice Neil Gorsuch, a conservative who was recently confirmed after being nominated by GOP President Donald Trump.

Republicans in the Senate had blocked Democratic President Barak Obama’s choice for the high court for close to a year after the death of Justice Antonin Scalia.  The Supreme Court is now fully stocked with nine members for the high profile case.

But the court has asked the parties involve to explain how Governor Greitens change of policy affects the case, bringing to light the possibility it could determine the arguments to be moot.  Trinity Lutheran can simply reapply for the grant.