A state Senate committee has passed a bill that would enact policies meant to prevent electrical shock drownings at Missouri lakes. Jeff Holmes with a Missouri electricians group called the Missouri Electrical Connection supports a bill that was filed in response to the 2012 drownings of Brayden and Alexandra Anderson of Ashland on the Lake of the Ozarks. Since 2012, four people have died at the lake from electric shock drowning. 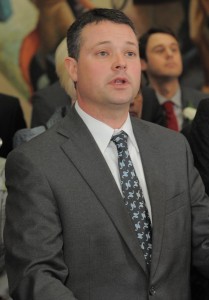 Holmes says dock safety upgrades at the lake are the responsibility of the dock owners and Ameren.

“Obviously the boat dock owner, they are the ones that are actually using that particular area. Ameren is not using that exact dock for their own purposes but Ameren as a whole, as the owner, obviously needs to set standards that must be adhered to and enforced,” says Holmes.

The measure is sponsored by Sen. Jake Hummel (D-St. Louis), who is an electrician by trade. It would make new docks and those changing ownership have safety inspections and meet new standards like requiring a switch to cut off power to the docks. The bill would also mandate that Highway Patrol boats have defibrillators.

“Anytime we can protect the individual and protect lives, we need to do that. Inspections are probably the place to start with,” says Holmes.

He says dock safety standards are typically lower in the less populated areas of Missouri.

“There’s not a lot of inspection in those areas,” says Holmes. “Typically it’s the homeowner doing their own work.”

*A switch to cut off power to the docks and suggests testing it monthly.
*The metal frame of docks have bonding jumpers on them to connect all metal parts to a ground rod on the shore. That will ensure any part of the metal dock that becomes energized because of electrical malfunction will trip the switch or circuit breaker.

*Making sure the switch to disconnect power is at the dock entrance and easily found for first responders. You don’t want to attempt any kind of rescue from a charged dock.

*Never using an extension cord on a dock.

*Ensuring your neighbor’s dockside electrical system complies with National Electrical Code and has been inspected. Neighboring docks can also present a shock hazard.

*Inspecting dock electrical systems yearly because they are exposed to the elements.