The state legislature is being asked to remove the time limits in which a person can be prosecuted for sex crimes against children. Two bills have been filed to address these restrictions. 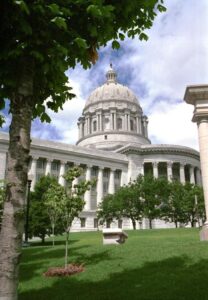 A Senate committee is considering Sen. Scott Sifton’s (D-Affton) measure. A House bill sponsored by Cody Smith (R-Carthage) has not been assigned to a committee.

Jason Lamb with the Missouri Association of Prosecuting Attorneys says the state must remove those barriers for people to report such crimes.

“There is no more difficult case to prosecute than a child abuse case. Yet, they are among the most important cases to prosecute,” says Lamb. “In no other type of case does the victim rely so much on the state, on the system as a whole, to speak for them.”

Under current law, there is a 10-year statute of limitations on an action for damages for personal injury caused by incest. Current law also says that an action to recover damages from injury caused by childhood sexual abuse may be launched within 10 years of the plaintiff turning 21 or within 3 years of the date the plaintiff discovers the injury.

Under current law, certain acts of child abuse may not be prosecuted after three years have elapsed. In addition, Missouri law says that prosecutions for certain unlawful sexual offenses involving a person 18 years of age or younger must begin within 30 years of the victim turning 18.

“These are our most vulnerable citizens and they deserve every effort and every resource and every tool that the state can muster to achieve justice for them and to ensure the public safety to prevent future victimization,” says Lamb.