Missouri lawmakers are looking at a measure to allow housing renters to terminate their leases and change locks because of domestic violence. 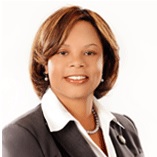 It would further prohibit a landlord from terminating a lease or refusing to rent to someone who is the victim of such violence.

Senate Democrat Jamilah Nasheed of St. Louis is the proposal’s sponsor.  She introduced the legislation Tuesday before the Senate Small Business and Industry Committee.

Nasheed says those on the receiving end of the abuse are often deemed a nuisance if they continually call the police.

“When you have a woman that’s going through a domestic violence situation where her spouse, or whoever that may be, and then to turn around and say you have to now get out of my property because you are a nuisance, that can be devastating to a woman who’s dealing with domestic violence, as well as her children.”

The measure would apply to a tenant or any household member who’s been harassed, stalked, abused or assaulted.  It would also prohibit rental screening services from disclosing a tenant’s status as a domestic violence victim, or reveal whether such a person has terminated a lease.

Victims wishing to end their rental agreements would be required to provide written notice and evidence of the abuse.  Such proof could be a copy of an order of protection issued to the tenant or dependent, or a written record of a report signed by a qualified third party, such as a law enforcement officer, medical provider, judge or employee of a rape crisis center.

To change locks, the tenant would need to provide the landlord with written notice and a copy of any order of protection issued by a qualified third party.

Heather Silverman with the National Council of Jewish Women in St. Louis was one of three people to testify in favor of the measure.  She thinks it’s necessary because of money constraints, claiming victims are often forced to choose between staying with the abuser, or being delinquent on their lease.

“If a woman’s going to leave, she can’t make two lease payments” said Silverman.  “For most people, if you have a healthy budget, you’re still paying 33% of your earnings on rent, or however you’re living.  For most of the victims that we see, and most people, they’re living far above that, so they’re spending much more than that on their housing.  So the idea that they’re going to be able to make two payments, that’s not doable.”

Colleen Coble with the Missouri Coalition Against Domestic and Sexual Violence also spoke in favor of the proposal.  She said the stipulation allowing victims to change door locks will have a profound impact on the state’s 33,000 sexual violence victims and 6,400 sexual assault victims.

“The very simple provision of being able to change your locks, pay for it yourself, and notify your landlord can make a huge difference.”

No one testified against Nasheed’s proposal.  She said the measure offers an avenue for women to deal with an acute problem.

“We have a lot of issues that we need to deal with in terms of what’s happening to women throughout the state of Missouri when it comes to domestic violence.  This is a tool in a tool box to begin to help those women who’re trying to escape their predators.”