Members of Missouri’s largest union are set to go on strike if Holten Meat Inc. doesn’t return to the bargaining table. 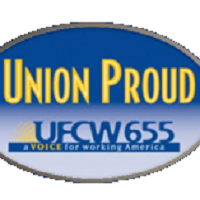 The United Food & Commercial Workers Local 655 voted by a 99 % margin over the weekend in favor of a strike in which picket lines could be formed as early as Tuesday.

Union spokesperson Collin Reischman says workers are happy with the economics of the negotiations, but object to the company’s other positions.

“Just across the board, they said no to everything we requested that wasn’t economic” said Reichman.  “So, at the end of the day these employees said ‘Look, we’re not necessarily angry about the economics.  But we’re angry about a company that’s offering us all this stuff that doesn’t seem to really offer us any respect for the people that have been working here, some of whom that have been working there 10, 20 years.’”

The union’s current three-year contract expired last September, but had been extended while negotiations continued.  It will expire at midnight Monday if the company doesn’t extend it again, which is what the union favors.  Holten Meats didn’t comment on the possible strike when contacted.

During an interview with Missourinet, Reischman pointed to a couple of the company’s positions the union found objectionable.

He said having seniority included in the contract is a major priority for workers.  “The company’s position was that they would put seniority in their company policy.  But, under our contract, they have the right to change company policy.  That’s something that companies often do.  We wanted that in a contract where it’s, kind of, set in stone.  And seniority is a big deal for folks, and I think that’s true of most work places like this.  If you’ve been somewhere 10 years, you might want a consideration for a promotion or a new job over someone who’s worked there 10 days.”

Another issue is related to job attendance.

“They work on a points system for absenteeism from work, said Reischman.  “If you get a certain number of points, you could be disciplined.  You currently get a point toward your absence count if you are taken away from work in an ambulance.”

The company says the point would be discarded with a doctor’s note.  The union argues the requirement is disrespectful to workers being transported by ambulance.

Reischman said the contract offer from the company, taken in its full context, was discourteous to employees.

“The majority of issues that these employees have with their contract was about language that didn’t seem to really respect them as employees.  They felt like it was, kind of, treating them more as a commodity as opposed to someone who might be a valuable member of a workforce that’s doing very well.”

Holten Meats produces packaged frozen hamburger patties and steaks under labels such as The Cloud, Thick N Juicy and Double Red Provisions.  A news release from United Food & Commercial Workers Local 655 claims it represents over 10,000 members working in the 46 counties throughout the eastern half of the state.