A proposal in the state legislature would require future governors to publicly disclose donations they receive for their inauguration activities. 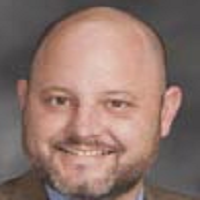 Democratic House member Mark Ellebrecht of Liberty says his proposal shouldn’t be interpreted as an assumption of wrongdoing by Republican Governor Eric Greitens.

“It doesn’t necessarily mean that Governor Greitens is being unduly influenced” said Ellebrecht.  “It doesn’t necessarily mean that he’s corrupt, but it has the appearance that would lead a person to begin to suspect that there was an inappropriate relationship with some of these donors.  And I think that we need to know how much money at least was there so we can, sort of, figure out if there is undue influence, if there is an inappropriate kind of relationship.”

Under the measure, a Missouri head of state would have to disclose both the identity of donors and the amount they give to his-or-her inaugural.  Greitens released a list of “benefactors”, but not the size their contributions.

“The problem with that is that would be unfairly prejudicial, I think, to Eric Greitens if it were made to be retroactive, but only retroactive for one election.”

Ellebrecht says he would consider amending his proposal to be retroactive to include Greitens if it could be legally and fairly written.

Many of Greitens inaugural donors have interest in legislation before lawmakers this session.   The corporate contributors include Anheuser-Busch, Boeing, Express Scripts, General Motors, Monsanto, Wal-Mart and Uber, the vehicle-for-hire company which offered free service in Jefferson City on inaugural day.

Ellebrecht thinks Republicans will have a difficult time if they want to prevent his measure from being heard.

“It would be awfully funny if it didn’t go somewhere, given the campaign rhetoric that the governor used, and some of the other individuals who ran for office this past cycle, about draining the swamp or ending the corruption in government if this anti-corruption legislation never got a hearing, it would be awfully ironic.”

Greitens ran his campaign largely on a platform demanding transparency, eliminating corruption in Jefferson City and on overall ethics reform.

Ellebracht’s proposal mirrors one introduced by Greitens’ current Administration Commissioner Sarah Steelman when she served as a Republican state senator in 2002.  A version similar to it was approved by the legislature in 2003, but the House and Senate failed to finalize its language on the last day of the session.

At the time, the legislation was a response to Democratic Governor Bob Holden’s failure to reveal the donations to his inaugural activities.

In a release, Ellebrecht listed seven current Republican state senators who voted in favor of the 2003 legislation while serving as House members at the time; Senate President Pro Tem Ron Richard of Joplin and Sens. Mike Cunningham of Rogersville, Bob Dixon of Springfield, Ed Emery of Lamar, Brian Munzlinger of Williamstown, Rob Schaaf of St. Joseph and Jay Wasson of Nixa.

Ellebrecht thinks Richard was likely influenced to file legislation restricting liability lawsuits this year by a $200,000 donation from business owner David Humphries.  “That’s the kind of thing that I think is unacceptable” said Ellebrecht.  “That has the appearance of an inappropriate and undue influence over the legislative process.”

Humphries’ company, Tamko Building Products of Joplin, has been the target of lawsuits claiming it sells defective roof shingles.  He made the donation to Richard prior to new limits on contributions taking affect.