A legal expert thinks Missouri lawmakers are considering a Medicaid proposal which would hurt the program’s financing. 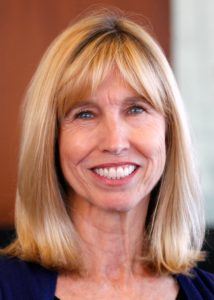 The measure seeks a “global waiver” to allow the state to add non-traditional components such as work requirements as well as co-pay and premium payment stipulations for recipients.

“Under the global waiver cap, if the cap is hit, then the state has to either pick up the additional cost, or cut people off or cut services.”

Currently, for every dollar Missouri spends on Medicaid coverage, the federal government contributes $1.72.  The arrangement is open ended with federal money covering 63 percent of costs.

In 1991, the state chose to join the program known as the Federal Reimbursement Allowance (FRA), also called a provider tax.  It was designed to maximize federal matching dollars and reduce the burden on state general revenues.

Hospitals chose to participate in order to access additional federal dollars for Medicaid.  Their contributions help bring the provider taxes to 31 percent of the overall funding for the program, while the federal funds are 51 percent.  This leaves the state general fund only responsible for 17 percent of Medicaid costs.

Watson thinks the “global waiver” proposal is further troubling because it calls for the Department of Social Services to apply for the arrangement.  She claims it grants the department too much leeway to adopt policy which could violate state laws.

“The normal course of events is the legislature decides the parameters.  Then you task the department to write the waiver, and then you negotiate it.  This give the department extraordinary authority rewriting laws.”

Watson thinks the proposal is a massive shift from the last 15 years in which the legislature has been heavily involved in setting guidelines for Medicaid.

The measure is sponsored by Republican Senator David Sater of Cassville.  He’s is chairman of the committee (Seniors, Families and Children) which is reviewing his proposal.  Watson is not sure Sater has his facts straight on what the waiver would do.

“The Wall Street Journal did a story three or four years ago, claiming that Rhode Island had a global waiver and it saved them all this money’ said Watson.  “That’s what Senator Sater referred to in the committee hearing.  Regrettably that Wall Street Journal editorial was based on, what we call now, false facts.  It was corrected by officials from Rhode Island.  But it just sits out there as a myth.”

Republicans, who dominate the legislature, have said Medicaid is unsustainable at its current rate of cost increases and have made it a priority to change in the current session.

The Senate committee passed the  global waiver proposal last week after it was amended a couple of times to clarify language.  It could see action on the chamber’s floor in the near future.