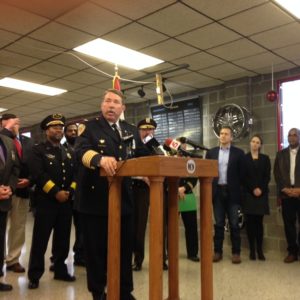 “We have to really work on our diversity recruitment. We are so weak in that area and it’s something that we really have to take a good look at it and think outside of the box,” says Juden.

He says recruiting people to serve in law enforcement is declining in Missouri and nationwide.

A state Senate committee is expected to vote next week on Governor Greitens’ pick of Juden to serve as the head of Public Safety. The full Senate must also vote on the nomination.

Juden was the director of the Sikeston Department of Public Safety for 15 years, which he has been a member of since 1978, and served on the board of directors for the SEMO Major Case Squad and the SEMO Drug Task Force. He has also served as the President of the Missouri Police Chiefs Association.