The Missouri chapter of the Sierra Club is using President Trump’s action on the environment to showcase its issues in the state. 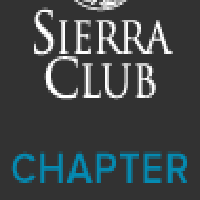 The organization has called for the U.S. Senate to reject Trump’s pick of Oklahoma Attorney Scott Pruitt to head the Environmental Protection Agency, noting his own bio describes him as an advocate against the agency’s activist agenda.

“So they’re way behind the curve in terms of cleaning things up” said Kissel.  “And the only way we’ve been successful in getting them to make any progress is through the EPA and the courts.  So now we’re losing the EPA.”

Coal power plants are the nation’s top source of carbon dioxide, or CO2 emissions.  Ameren is the state’s largest supplier of electricity, followed by Kansas City Power and Light Company.

Pruitt’s noted for suing the EPA 14 times as Oklahoma’s chief prosecutor.  Kissel says his record suggest he’d do little to keep the federal agency fighting for clean air in Missouri’s after the state’s failed to properly regulate utilities such as Ameren.

“There are some places in the country where utilities take the lead in moving toward clean energy, but that is not Ameren.  And there are some places where the state regulators protect the public health and protect the environment, but that’s not Missouri.  We’ve relied on the EPA as the only one that’s been willing to stand up to Ameren.  And now they’re going to be gutted.”

While campaigning for office, President Trump repeatedly called for the EPA to be eliminated.  During a confirmation hearing, Pruitt declined to say human activity is the primary cause of climate change.

Kissell says the EPA under Pruitt would fail to hold the state accountable for meeting clean air standards, noting the state on its own has done little to address the St. Louis metro area’s chronic noncompliance with federal ozone standards.

“The state Department of Natural Resources is required to develop a state implementation plan to address that problem.  So they did that a few years ago, and they’re proposal was to wait and see of it gets better.”

Kissel accuses the state legislature of being the biggest obstacle to healthy environmental policy.

Claiming lawmakers get large contributions from utilities such as Ameren, he brought up a law they passed several years ago forbidding the state Clean Air Commission from enforcing environmental mandates which were not required by the EPA.  Kissel said it’s ironic the legislature would pass such legislation while it also more recently has looked at proposals calling for the federal agency to allow environmental concerns to be handled at the state level.

Supporters of Pruitt’s EPA nomination contend he’ll rein in an agency that has hurt farmers and small businesses as well as the overall economy with burdensome and costly regulations.

The full U.S. Senate is scheduled to vote on his nomination Wednesday.  Missouri’s Democratic Senator Claire McCaskill has indicated she’ll vote against his confirmation, while Republican Roy Blunt will support the choice.