Trafficking survivor Christine McDonald was sold for sex on the streets of Kansas City for 7,665 days of her life. She had all the makings of a teenager who would be the perfect target for pimps that force their victims to sell their bodies. 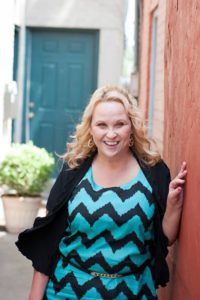 McDonald grew up in a fatherless and impoverished home with a mother who suffered from mental illness and alcoholism. She was in and out of the justice system and ran away from home countless times. She went to 22 different schools by the time she was in the eighth grade. McDonald says she was sexually and emotionally abused.

She just wanted the cycle to end. A man offered her a job, paid her cash, gave her food and a place to live. He became McDonald’s safe person because she says he was never inappropriate to her.

Later on, her safe person had to disappear. He had a friend that he said would take good care of her. That friend turned out to be the owner of several strip clubs.

“I was being bought and sold in the VIP rooms at 15,” says McDonald.

Every single day she was sold as a sex slave, McDonald says she prayed to die because she didn’t think she could find her way out.

McDonald tells Missourinet about the moment that she had enough and decided to
escape the sex trade industry. She nearly killed a man who raped and beat her and made her beg for her life.

“I made this gentleman very mad because he had no control. He decided to violate me again and I had so much rage and hate in me. I had an opportunity to get the gun and I told him to get on his knees and I told him to beg for his life,” says McDonald.

She didn’t pull the trigger. Instead, McDonald emptied the bullets in the gun and threw the weapon as hard as she could.

“He told me he had a job, a family and that he was valuable, after he had just spent hours telling me how unvaluable I was,” says McDonald.

She gathered her clothes, wiped the blood from her face and fled.

“I knew that if I didn’t do something, I would never find my way out. I would be responsible for being a monster that I didn’t want to be. I didn’t want to turn into all the ugliness that had been inflicted upon me over the years. That was my turning point,” says McDonald.

After fleeing from the scene, she was arrested and went to prison.

McDonald now serves as a program director of a Missouri organization that helps victims of human trafficking. She is an internationally recognized author and speaker on the social injustices facing underserved populations today. One book is her life story and the other aims to empower people to understand and help trafficking victims.

McDonald attended today’s “Sex Trafficking Awareness Day” at the Missouri Capitol. The event was hosted by Sen. Jamilah Nasheed (D-St. Louis). She’s sponsoring legislation that would prohibit the prosecution of underage children for prostitution and require buyers of child prostitutes to register as sex offenders. Nasheed says Missouri is ranked 16th in the nation in the number of sex trafficking reports.

Earlier this month, the Missouri House of Representatives’ human trafficking task force released its recommendations to the General Assembly. The group wants funding for the care and sheltering of survivors, funding to train law enforcement about trafficking, convictions vacated for sex offenses committed by victims and a state position created that’s responsible for anti-trafficking initiatives.

Other statistics about sex trafficking in Missouri can be viewed by clicking here.