The Mizzou women extended its season-high winning streak to four games on Monday, defeating visiting UC-Riverside, 68-62. The Tigers won their 10th victory of the year, making it six straight season with 10-plus wins in non-conference play.

The Tigers jumped out to a 16-0 lead hitting 75% of their shots in the first quarter.  Mizzou went into the half with a 41-29 lead.  The Highlanders got to within single digits a few times, but Porter came up big in the fourth quarter.  Mizzou’s star player Sophie Cunningham fouled out in the third quarter.

Mizzou travels on Wednesday, Dec. 21, with a game at Saint Louis. The Tigers and Billikens are set for a 7 p.m. (CT) tip inside Chaifetz Arena. Mizzou begins SEC action on Sunday, Jan. 1, against Georgia. First tip between the Tigers and Bulldogs is scheduled for 12 p.m. (CT) inside Mizzou Arena. 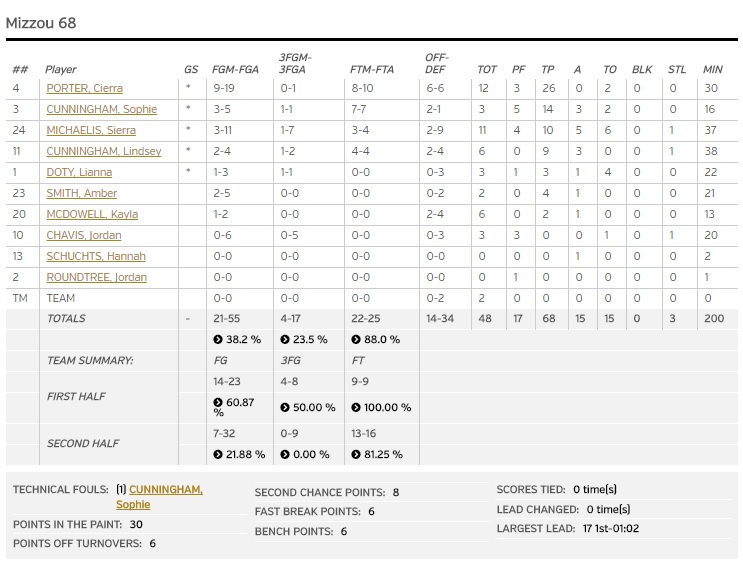