Missouri Agriculture director Richard Fordyce says the U.S.’s challenging relationship with Cuba could be softened by the death of Fidel Castro, but he doesn’t expect a major shift any time soon. The U.S.’s cancellation of a large shipment of sugar from Cuba and America’s refusal to export oil to the communist nation led to America’s trade embargo against Cuba in the 1960s. 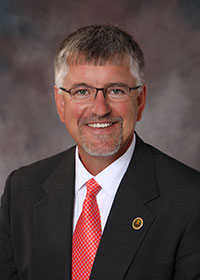 “It’s really not an easy situation. We’ve had an embargo with Cuba for over 60 years and those kind of things don’t come down overnight. I’m positive that as we continue to work and continue to talk about these issues, that we’ll be able to get to some sort of a resolution at some point,” says Fordyce. “The relationship between Cuba and the U.S. in 1961 and 1962 was very fragile. We came very, very close to nuclear war. There’s still people that remember that and there’s still people that know that’s a very scary time.”

Fordyce says Missouri must continue to stay engaged with Cuba and hopes a trade delegation will return to the country in the near future.

“I’m very positive that something will start to move, but it’s not going to be a wholesale change by any means,” says Fordyce.

He says improving the relationship with the communist country could result in other opportunities in places like Latin America and Central America.