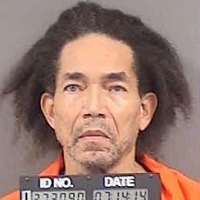 The lower bench sentenced Caston to 10 years in prison for two counts of statutory sodomy and one count of statutory rape.

At Wednesday’s hearing before the high court, Caston’s attorney, Richard Sindel, argued the court erred in giving the jury nonspecific instructions which led to prejudicial treatment against Caston.

He claimed the jury should have been required to agree on a specific act of statutory rape, but instead could’ve possibly concluded the offense occurred during multiple occasions the victim asserted sexual relations took place.

Sindel argued the jury never came to a clear unanimous verdict because of nonspecific instructions.

Judge Paul Wilson pointed out that if the court ruled in his favor, Caston would face a new trial with much more at stake.  Wilson appeared to question whether Sindel was aware of the ramifications for his client.

“I do want to know whether you are aware that if you win on this argument, and the case is retried, that as in Celis-Garcia (a previous case in Missouri), the state could add multiple charges for each of these specific instances, that the jury would be instructed, and could convict on multiple charges of statutory rape, and exposing your client to, at least a legal possibility of a much more significant sentence.”

Sindel responded that his client, Caston, would be protected by “double jeopardy” principals, which forbid an accused person from being tried again on the same charges.

But Judge Zel Fischer said the double jeopardy argument is problematic because Sindel is claiming there was no unanimous verdict in the lower court ruling.

When several Supreme Court judges asked Sindel Wednesday if he knew what happened in the Celis-Garcia trial when it was retried, he said he did not know, but would find out later in the day.

Torris Caston met the victim he’s been convicted of assaulting in 2002, when she began taking dance lessons from him at McKinley Elementary School in St. Louis.  After taking classes at Caston’s dance academy in Webster Groves in 2003, she quit the instructions in 2005.

She made a police report in 2010 after having ended her relationship with Caston during her first semester of college in 2006.

At Caston’s trial, the victim said he made advances toward her in 2003 when she was 15 years-old.  She claimed she had oral sex with Caston in 2004 while she was still 15, and had sexual intercourse with him on a number of occasions before she turned 17.

Statutory rape or sodomy occurs in Missouri when one of the parties involved in sexual relations is under the age of 17.

The court has not ruled in Wednesday’s appeal.