A Missouri based expert on the Electoral College thinks an effort to tarnish its credibility could be effective. 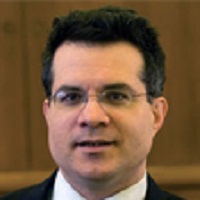 A number of Democratic electors are trying to convince their Republican counterparts to abandon Donald Trump as Hillary Clinton now leads in the popular vote by well over 2 million.

While admitting their efforts will likely fail, the Democrats remain committed. They think persuading just a few GOP electors to reject Trump could serve to undermine confidence in the Electoral College, leading to its eventual collapse.

Law Professor Greg Magarian of Washington University in St. Louis thinks the strategy makes sense.  “If you were going to try to jump start a movement to amend the constitution and eliminate the Electoral College, this might be a logical first step” said Magarian.  “(To) try to really focus public attention. Not just theoretically, but by making the Electoral College less tidy, and the electoral vote less tidy and formulaic than it usually is.”

270 electoral votes are required to win the Electoral College.  With Trump likely to secure 309, 37 electors would have to peel away from him to block his path to the White House.  Even if the effort was successful, the House of Representatives would make the final decision on the presidency.  The Republican controlled chamber could simply vote Trump into office.

The group trying to undermine the Electoral College is also looking to possibly encourage fellow Democrats to abandon Hillary Clinton and join Republicans in a consensus pick to support Mitt Romney or John Kasich.

Magarian thinks such a collective effort could build momentum against the Electoral College.  “Basically that’s a strategy of just destabilization.  When you’re destabilizing something, you’re not necessarily pointing the way forward toward how we’re going to change this thing.  You’re just opening up the possibility of change down the road.”

There are two groups aiming to sack the Electoral College.  One of them favors a constitutional amendment to eliminate it.  The other is a compact among states to award all their electoral votes to the candidate who wins the popular election.

Enacting a constitutional amendment would seem to be a long shot effort at this point in time.  After three were adopted in the 1960’s, only two have been ratified since.

Ten states and the District of Columbia have signed onto the National Popular Vote Compact which awards electoral votes to whoever wins the popular vote.  The compact will need greater participation to be effective.  It’s current lineup of ten states and Washington D.C. account for 165 electoral votes, well short of the required 270 to win the election.

Regardless of the odds of doing away with the Electoral College, Magarian, the Washington University Law Professor, contends it’s not serving its original purpose.

He notes founding father Alexander Hamilton created the Electoral College in the 18th century with the intention of preventing the public from electing unqualified candidates.  Magarian says that intention was turned around with Hillary Clinton’s loss.

“She’s the one Hamilton would have wanted.  Trump’s the guy that Hamilton was trying to stop.  Whatever the wisdom of the plan for the Electoral College in the 18th century, it’s not just failing to serve that purpose now.  It’s serving the opposite purpose.”

Magarian thinks the Electoral College runs counter to the country’s democratic norms and ideals, but admits it would be difficult to eliminate.

Previous Post: « “Heckuva year,” says Edwards.  Indeed, it has been on and off the tracks
Next Post: Missouri lieutenant governor proud of accomplishments, looks to future »