The University of Missouri is holding events this week to raise awareness of the role men can play in curbing gender violence. 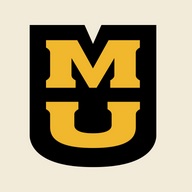 “How can we all make this an issue in which we are bringing this issue to light, creating awareness around this issue that we are preventing violence from happening” said Walters.  “And so, how can we be engaged in this conversation, if we maybe don’t have a connection.”  Walters says “power based personal violence” is identified as sexual assault and harassment, intimate partner dating violence, sexual exploitation and stalking.  He says it’s an issue that plagues college campuses across the country.

Walters says the RSVP center has a “bystander intervention” program to encourage personal involvement.  “If they see something happening potentially problematic, how as a bystander can they directly step in, or get someone to help them in the situation to diffuse that tension of what’s happening.”

The events are intended to provide men with the knowledge and skills to help limit incidents such as sexual assault and harassment.  Walters says the goal is to get men to think of gender violence as an issue in their daily lives.  “In our society, when we say sexual assault, sexual harassment, dating and domestic violence, it’s seen as a women’s issue, that only women are hurt and only women are responsible for that” said Walters.  “We know that’s not the case, that men can play a huge role in that conversation as well.”

The events are being held in the same week that a Mizzou football player has been suspended indefinitely after being arrested for allegedly assaulting his girlfriend.  Keyon Dilosa reportedly hit the woman in the face after the two got into an argument Tuesday night.

The keynote speaker Wednesday during the week of anti-violence gatherings was Jackson Katz, an internationally recognized activist on issues of gender and violence.

Katz is also a major figure in the growing global movement of men working to promote gender equality and prevent gender violence.  He co-founded Mentors in Violence Prevention, the first major program of its kind in sports culture and the military.