Figuring out what to do with leftovers is a major challenge facing every household which hosts a Thanksgiving feast. 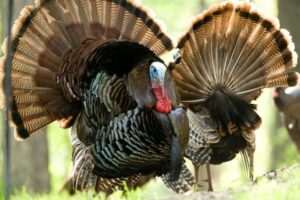 Tammy Roberts is a nutrition specialist with the University of Missouri Extension.  She says one of the most important things to remember is food safety.  “You leave the turkey and the dressing and everything else out on the table, so that people can come back and graze all afternoon” said Roberts.  “That’s unsafe because food shouldn’t be left out any more than two hours.  And really, it should be less than that for food safety.”

Hot foods need to be refrigerated within two hours of exposure to room temperature to minimize the time when bacteria could grow.  Roberts says any food held at room temperature more than two hours should be thrown out.  Bacteria grows most easily at temperatures between 40 and 140 degrees Fahrenheit.

If warming the food, all Thanksgiving leftovers need to be reheated to at least 165 degrees to avoid exposure to bacteria.  Roberts adds that leftover gravy should be boiled before being consumed because it has a greater chance of harboring bacteria.

She also has suggestions for using a microwave when reheating.  “You could use a thermometer to make sure that it reaches the 165 degrees, but it needs to heated to a high temperature to assure the safety.”

Leftovers should be stored separately in small containers which are not stacked on top of each other.   Stacking could trap the heat, and the more the surface area is exposed to cold air, the faster the food will cool.  It’s especially important to separate turkey from stuffing when storing the items.

Leftovers can also be frozen indefinitely as long as the freezer temperature is 0 degrees Fahrenheit or lower.  The food will taste best if it’s frozen no longer than two months.