The Lawrence County Prosecutor in southwest Missouri has filed felony stealing charges against six former board members and employees of the Buck Prairie Special Road District. 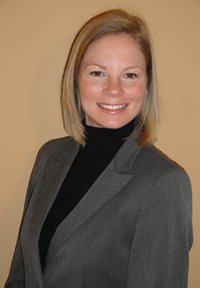 Missouri State Auditor Nicole Galloway says the charges are the result of concerns uncovered in an audit that identified $65,000 in inappropriate spending and payments made from district accounts.

Court documents show six board members and employees face felony charges for 23 separate counts of receiving stolen property, including receiving thousands of dollars’ worth of inappropriate payments from the district. Residents in the district, based in Marionville, petitioned Galloway’s office to review its management and operations.

Galloway has released a statement, which reads “People are just plain fed up with public officials who abuse their power and take advantage of their positions to benefit themselves instead of the citizens they serve. My audit raised serious concerns with the management of the Buck Prairie Special Road District and these charges highlight the seriousness of their actions, and show how audits get results. My office worked with Lawrence County Prosecuting Attorney Don Trotter, and we appreciate his dedication to justice. When those in positions of public trust their power, they must be held accountable.”

You can read the complete August 2016 online audit report here.