Edmond Sumner’s free throw with 0.3 seconds left in overtime gave No. 11 Xavier an 83-82 win over Mizzou in the opening round of the Tire Pros Invitational on Thursday afternoon in Orlando.

Mizzou was up by ten in the first half, and led by seven with less than 10 minutes to play.  The Tigers forced OT when Kevin Puryear made two free throws late. The Tigers were down five in OT then led by two, but with the game tied at 80-80, Terrence Phillips had a shot blocked with less than three seconds to play. Off the two passes on the inbounds play, Sumner was fouled by Phillips and made his second free throw to ice the game.

The Tigers had .3 left on the clock and inbounded the ball three feet, time expired…game over. 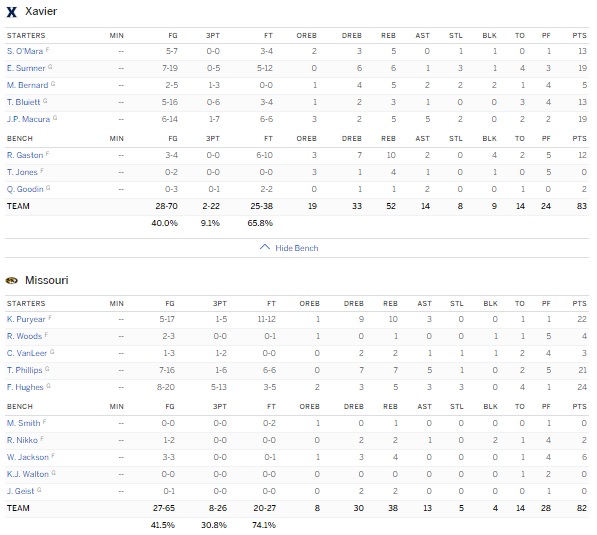