A Missouri based expert thinks Donald Trump’s strong support among religious voters may reflect an intense distaste for Hillary Clinton. 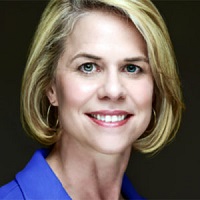 According to exit polling from last week’s election, Protestants voted for Trump by a 58 percent margin.  Meanwhile Catholics, who normally vote Democratic, favored the Republican nominee by 52 percent.  And his strength with white evangelical Christians was reflected in their embrace of him by a staggering 82 percent margin.

Professor Marie Griffith is director of the Danforth Center on Religion and Politics at Washington University in St. Louis.  She’s done extensive research on the topic, having authored a book released in 2000 called “God’s Daughters: Evangelical Women and the Power of Submission”.

Griffith says evangelical hostility toward the Clintons dates back to the 1990’s when Hillary was referred to as a wicked, evil person.  “That language is not used so much publicly anymore” said Griffith.  “But I think that it certainly led the way for accusations of her criminality to be taken very seriously.  There’s just been this underlying sense of her as a wicked person that was never going to be shaken.”

Griffith thinks evangelical voters were never going to embrace Clinton because of such strong distrust of her over 20 years.  She also contends Trump connected with religious voters, despite moral shortcomings, because he presented himself as a fighter against the evils of the world.  “They were much less concerned about the sexual vulgarity.  They were much less concerned about that sort of thing.  But he still managed to mesh with that portion of Christian values that’s really about fighting the evil powers of the world.  And he seemed like the strongest, best candidate to do that.”  Griffith notes Trump outperformed other Republicans in the primaries, such as Red Cruz, who publicly identified themselves as evangelicals.

She also points out the now President elect’s robust performance with religious voters came despite efforts by prominent evangelical leaders to make a case against him.

Russell Moore of the Southern Baptist Convention, Washington Post newspaper columnist Michael Gerson and several evangelical bloggers all pointed out the moral flaws of Trump. Griffith thinks their pleas to evangelical voters failed to resonate because they failed to make a case to vote for Clinton.

Trump’s success with religious voter could also be signaling a shift on their part according to Griffith.  “The fact that his divorces and affairs have garnered almost no attention in those circles I do think is quite striking.  Used to be, it’s the kind of behavior he exhibited in even just his own marital history, would have disqualified someone a few years ago.”  Griffith thinks the fact that those issues don’t seem to matter reflects a change in religious voters which experts will closely examine for years.

Previous Post: « The Bill Pollock Show–Crazy for pancakes, “Hallelujah” and someone called me a jerk! (PODCAST)
Next Post: Missourinet Noon News 11-14-2016 »