Mizzou Women’s Basketball kicked off its season with a 52-46 win over Abilene Christian on Friday night at Mizzou Arena. The Tigers’ stout defense forced 22 turnovers and held Abilene Christian to 28.8-percent shooting from the field. Mizzou now advances to the next round of the Preseason WNIT. Opponent and location of the Tigers’ next contest will be determined at a later date.

Mizzou was led by sophomore forward Cierra Porter (Columbia, MO) who hauled in a career-high 12 rebounds while recording her second career double-double. Porter was efficient from the field as she racked up 10 points behind a 4-for-5 effort from the field.  Porter’s big night led four Tigers in double digits. Redshirt senior guard Lianna Doty (St. Louis, Mo.) had a career-high seven steals and chipped in 12 points. Sophomore guard Sophie Cunningham (Columbia, Mo.) posted a team-high 13 points while senior guard Sierra Michaelis (Mercer, Mo.) posted 11 points, scoring all of them in the fourth quarter.

Missouri State trailed Memphis by two points with less than six minutes to play Friday before a 7-0 run by the home team helped the Tigers secure a 69-60 victory at Elma Roane Fieldhouse in the season opener for both teams.  Memphis took a 62-53 lead with 3:03 remaining on a basket by Taylor Barnes, and the Lady Bears got no closer than five points from there, pulling within 65-60 on Danielle Gitzen’s layup with 55 seconds left before the Tigers knocked down four foul shots in the final minute to seal the win. 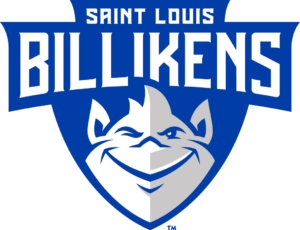 Saint Louis fell 85-64 to Ball State Friday night in the season opener for both teams. Senior forward Reggie Agbeko registered a double-double with 12 points and 10 rebounds, while junior guard Davell Roby pumped in a team-high 14 points.  Ball State shot 51.7 percent from the field, 56.5 percent from 3-point range and 80 percent from the stripe. Franko House was 4-of-4 from long range en route to a game-high 23 points.

Jordyn Frantz, Jackie Kemph and Maddison Gits combined for 58 points to lead Saint Louis to a 79-69 season-opening win over UC Irvine Friday afternoon at UCI’s Bren Events Center.  Frantz was 4-of-8 from 3-point range on her way to a career- and game-high 20 points. Kemph was 5-of-9 from beyond the arc and also scored 20 to go with a game-high eight assists. Gits scored a career-high 18 points on 7-of-9 shooting. Olivia Jakubicek collected a game-high 10 rebounds and Sadie Stipanovich added nine to lead SLU to a 46-25 advantage on the boards. 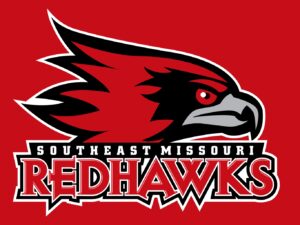 Southeast Missouri (0-1) started strong, but fell victim to a big second half run as Illinois (1-0) pulled away, 81-69, Friday night at the State Farm Center.  SEMO and Illinois met for the third time overall and first since Dec. 28, 2005. The Fighting Illini improved to 3-0 in the series with each of those wins coming on their homecourt.

The Southeast Missouri women’s basketball team fell to the University of Cincinnati in Friday’s season opener at the Show Me Center, 83-75.  Olivia Hackmann led the Redhawks with a career night, tallying a career-high 29 points and pulling down 12 rebounds. It was the first career double-double for the redshirt-senior. She hit 12 field goals, also a career high, in 19 attempts. She drained three 3-pointers and was 2-for-3 from the free-throw line.

UMKC put together a late run to make things interesting in an 89-82 loss at No. 22 Creighton on Friday evening in the season opener. In front of 16,686 fans at the CenturyLink Center, the Roos outscored the high-powered Bluejays 48-34 in the second half and went on a 23-7 run over 9:23 in the closing minutes to cut the deficit to single digits.

MKC women’s basketball came up short in the 2016-17 season opener, falling to Tulsa by a score of 80-70 on Friday night at Swinney Recreation Center. UMKC was powered by a double-double from junior forward Kiana Law (Pittsburgh, Pa.) and a 16-point performance from redshirt sophomore Kristen Moore (Chicago, Ill.), but 10 points separated the Roos from a season-opening win in a very tightly-contested matchup with the Golden Hurricane.