Missouri voters will decide the outcome of a contentious voter ID measure in November’s election.

Republican state lawmakers passed legislation and overrode Governor Nixon’s veto of such a bill this year.  The measure requires voters to present a photo ID, but allows them to forgo the procedure if they sign an affidavit.

The affidavit state’s that the voter is aware that they can get a photo ID for free and that they’ll attempt to obtain one.  Republican state Senator Dan Hegeman of Cosby supported the bill.  “I think that the integrity of our elections is certainly worth stepping up and working with people to ensure that integrity, so that people feel comfortable that the election process is fair and substantive.”

The bill becomes law if citizens pass the voter ID ballot measure next month. But the ballot measure actually goes further.  It allows the legislature to come back in future sessions and strip the affidavit process and require voters to have a photo ID as a condition to cast a ballot. 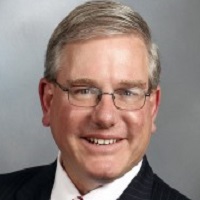 Democratic governor candidate Chris Koster has differing views on the legislation versus the ballot measure.  “The legislation that was passed in the general assembly, the Republicans are getting close to the line” said Koster.  “They haven’t crossed that line, but they’ve opened the door to an area of concern.  It’s an area that the courts and governments around the country have watched very closely.”

Although Koster has said he wouldn’t have vetoed the legislation, he’s voting against the ballot measure.  He says his concern is over the possibility lawmakers could do away with the affidavit provision in the future. 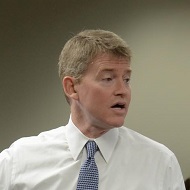 Republican governor candidate Eric Greitens has attempted to capitalize on the nuance of Koster’s stance by accusing the Democrat of flip-flopping on the issue.

Senator Hegeman says fraud does exist, but it’s not dealt with.  “People say that it doesn’t exist because it hasn’t been prosecuted” said Hegeman.  “It is hard to get prosecutors interested in pursuing these types of crimes, or investigations, when they have a full docket of other issues out there that they have to deal with on a regular basis.”

Democrats also contend voter ID laws disenfranchise those who have greater likelihood of not having the documents, particularly elderly, minority and young people, who tend to vote Democratic.  A federal court overturned a North Carolina voter ID law earlier this year, specifically for targeting African Americans.

If elected governor, Koster says he’ll be watching for improprieties if the ballot measure passes.  “We’ll be very watchful for any signs of disenfranchisement or voter intimidation that would occur as a result of this measure passing.”

Previous Post: « A tire failure puts Edwards in a must-win situation
Next Post: Some sex offenders to get Halloween visit from Missouri law enforcement »