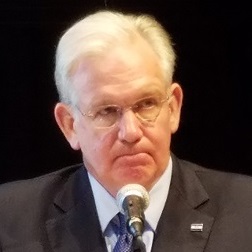 The probe, which includes interviews by the FBI, is seeking to find out if Mayor Theodore “Ted” Hoskins or his supporters tampered with absentee ballots.

The investigation was disclosed by emails obtained through an open records request by the St. Louis Post-Dispatch.  Governor Jay Nixon is troubled by the revelation, given recent improprieties in the region.  “We’ve had two changed elections already in the St. Louis region, down in the city” said Nixon.  “Judge McShane did not order a new election in this one.  I have not looked at the particular facts of it, other than to say that clearly the public is watching, the candidates are watching.”

He’s denied handling any absentee ballots himself, but admits member of his campaign have collected and mailed them in.  Only election authority personnel can legally possess a ballot after it has been filled out by the voter.

Republican Senator Will Kraus of Lee’s Summit, a proponent of a recently passed photo voter ID law, has expressed concern over a 2015 mayoral race in Kinloch.  The city, which is adjacent to Berkeley, gave the Election Board a list of 27 names of people who it claimed were illegally registered; many of those individual addresses were listed at city-owned apartments.

Governor Nixon acknowledges the voting problems in the St. Louis region, but says voters should have confidence the upcoming election will be fair.  “The vast, vast, vast majority of local election authorities are working really hard to make sure that every vote is counted and turned in.  Folks should not see any of this as a reason not to exercise their voting rights.”