The federal government’s preparing plans to ensure the state has free and safe elections next month. 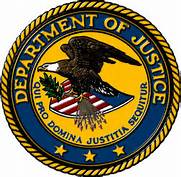 The Justice Department’s Election Day efforts are handled through its Civil Rights and Criminal divisions.  In addition to the U.S. Attorney’s office, the FBI will have special agents handling Election Day issues across the country.  Possible election crimes can be reported to the FBI’s Kansas City Field Office’s toll-free hotline, 1-855-527-2847.

The U.S. Attorney’s office for the eastern district of Missouri will announce its plans for election day next week.  Eastern district U.S. Atorney Richard Callahan says he’ll have two attorneys manning a hotline.  It’ll be open while the polls are open 6 a.m.-7 p.m.