With momentum seeming to swing toward one candidate, an expert isn’t sure what’s going to happen with the Missouri Senate race. 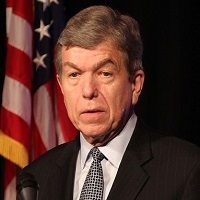 Columbia College Political Scientist Terry Smith thinks Blunt may have misjudged the contest with his endorsement of Trump.  “Blunt basically said ‘Trump’s my guy and I’m not going to abandon him’ said Smith.  That told me that he was making a calculation that these Trump voters were going to stay in the voting booth and vote for him.  He may have miscalculated.”

Blunt seems to have chosen an indirect embrace of the embattled nominee at the top of the Republican ticket. He was noticeably annoyed when asked about sexual assault accusations against Trump in the days after revelation about the billionaire became public.

The Missouri Senator separated himself from Trump at a recent press conference in Jefferson City.  “You know, I think it’s pretty hard to confuse me with Donald Trump” said Blunt.

Smith says Blunt is walking a tight rope in aligning himself with the GOP presidential nominee.  “If he goes after Trump voters blatantly, then he alienates Democrats and independents.  If he disses Trump voters by dissing Trump, he loses many of them, and he may not gain Democrats and independents.  He’s darned if he does and darned if he doesn’t.”  Although Missouri is increasingly a red state, there are Democratic stronghold in the large urban areas of St. Louis and Kansas City as well as Columbia

Blunt’s been critical of fellow Republicans who’ve abandoned Trump.  During the Jefferson City stop he said “I don’t think a third Obama term is where Missourians want to go, and so I think some of my colleagues have made this a whole lot harder than it needs to be.”

Blunt is one of the few down ballot Republicans underperforming Trump in the polls.  Many candidates in other states fear the embattled GOP presidential nominee will poison their campaigns.

After holding a slim lead since early August, Blunts been edged out by Democratic challenger Jason Kander in recent polling.  The poll analysis firm Five-Thirty-Eight now gives Kander a nearly 60 percent chance of winning the election while it pegs Trump with a 76 percent chance if carrying Missouri.

Smith thinks Blunt could still end up being reelected, but calls the race a toss-up right now.