The Missouri Department of Conservation says the number of feral hogs killed this year in Missouri is up significantly from a year ago. 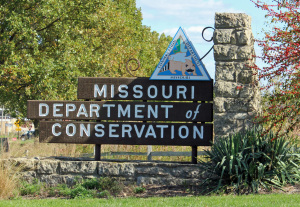 Conservation Department Deputy Director Aaron Jeffries testified that about 4,300 feral hogs have been killed this year in Missouri, which is up more than 700 from last year.

“I think a lot of that has to do with the coordinated approach that we have working with landowners and our staff, as well as the increased funding in USDA staff coming in from the federal side,” Jeffries says.

Jeffries also says more landowners are contacting the Conservation Department for assistance. He says additional funding has been proposed to help with the eradication of feral hogs nationwide.

“It would be an increase from $20 (million) to $20.4 million this coming fiscal year. It would, of course, have to make it through the entire fiscal process, but our hope is that it would potentially bring some additional funding to the state to help with feral hogs,” Jeffries says.

The Department’s website describes feral hogs as “highly destructive and prolific pests”. Damage caused by the hogs is estimated at about $1.5 billion annually in the United States. The Department website notes feral hogs can be aggressive and have been known to attack humans. A ban of feral hog hunting on Missouri’s public land began in late September.