You are here: Home / Elections / Senator Blunt dismisses claims he spends too much time in Washington 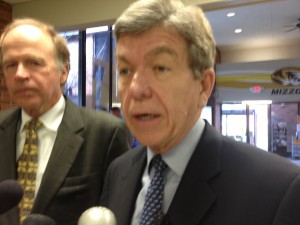 He’s one of the few incumbents who is being outperformed by fellow GOP member Donald Trump in the polls, clinging to a two point edge over Democratic challenger Jason Kander.

One of a number of questions he’s facing concerns his residence.  According to USA Today, Blunt’s claimed multiple addresses over his 20 years in Congress, including his congressional office in Springfield and his Washington D.C. home.

Blunt contends it makes sense for him to spend time in numerous places.  “I think people understand that when they elect you to this job, they expect you to be there the four or five days most weeks it takes to do that job” said Blunt.  “We have a home 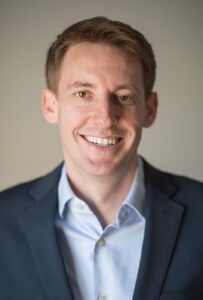 in Springfield.  I love being there.  But even when I’m in the state, often I’m hours away from where I’d be if I was home in Missouri.”

Blunt also contends voters know he spends significant time in the state.  “I expect the next criticism to be is that I spend too much time getting back and forth between Missouri and Washington.  Maybe they’ll say ‘You really ought to stay in Washington all the time because that’s where you’re supposed to be four or five days a week’.  I don’t do that.  I am back here all the time, and love to be.”

Blunt has spent considerable time in Missouri while Congress is not in session.  He embarked on a 100 stop bus tour of the state while campaigning in August.

However, USA Today reports he returned to Washington shortly afterward, having been spotted on a Sunday afternoon at a farmer’s market in the upscale neighborhood where he has a home with his wife and son.  His return to the nation’s capital came as other Senators in tight races remained in their home states.

Major political analysts have recently rated the Missouri Senate race as one of the most competitive in the country, with the Rothenberg and Gonzales Report moving the contest from “Tilt Republican” to pure toss-up.  Roll Call recently ranked Kander as the top Senate challenger in the 2016 cycle.  Kander also has clear momentum, having out-raised Blunt by $1.2 million in the third quarter – $3 million to $1.8 million.